skip to main | skip to sidebar

The killing fields of Gaza...

PRO-ISRAEL RALLY-NY: IS THIS THE CHANGE OBAMA PROMISED?
I am writing this from New York where I have been for almost three weeks already. I may as well have stayed in Melbourne for all I’ve seen of it since Israel began its massive assault on Gaza. However, seeing my daughter makes it well worth being here.
It is also gives me a chance to see what Americans think about Israel’s latest military venture, and for the most part, they don’t think. Gaza barely registers in their thought processes and that is not surprising since I have been hard-pressed to find ANY news on the hundreds of TV channels, let alone news on Gaza.
The only one reporting anything about Gaza is CNN International and contrary to what I expected, it has had some quite sympathetic reporting and interviews. However, it is not the uninterrupted broadcasting that we certainly got with 9/11, or even more recently Mumbai, when reporters were standing outside the hotel hour after hour waiting for some blast or dramatic piece of news with which they could fill our television screens.
True, Israel won’t allow any international media into Gaza, but I remember clearly how the media kept up its shocked reporting when Israel would not allow them into Jenin in 2002 when it was clear that a massacre was being carried out. This time, it is a massacre on a horrific scale and there is no round-the-clock reporting - nothing for Americans to realise that yet again their country is responsible for another wave of war crimes.
On Saturday, there was a pro-Israel rally in mid-town New York. I could hear the raucous singing and chanting and the reverberating sounds of speakers drift up to Columbus Circle. Later I saw supporters laughing and singing with the Israeli flag draped around their shoulders. I thought I was in Israel, not the US.
They were not demonstrators for a cause, but “patriots” out partying. It was an obscene sight - for me at least - because I had just come from seeing pictures of blood-soaked bodies of children killed from an Israeli attack - arms, legs, heads missing from their torsoes, others screaming in terror and horror while bombs lit up the night sky.
These were the scenes being celebrated by Israeli “patriots”, and in case people think that all Jews support this, they could not be more wrong. A good proportion of these Israeli supporters were white Christian Americans excited about what they hope will bring on the Rapture. Why anyone is wanting to hurry on the Apocalypse is beyond me.
But there you have it – the killing fields of Gaza have become the macabre promise of the next life. And so New York, for all its political and social correctness descended that Saturday into the base depths of the human dark side as the pro-Israel rally gave the thumbs up to genocide.
These were not just extremists coming out in support. The rally was led, amongst others, by Democrat Senator Chuck Schumer and Governor David Paterson. What a deeply humiliating shame for a nation that the world only recently believed had finally turned its back on its already shameful past by electing a black man to the presidency. - SK
Posted by save palestine now at 10:15:00 AM 2 comments:

Israel have always had more...guns, water 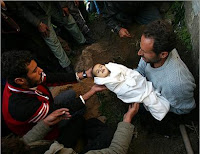 A WRITER, ZABRINA A BAKAR, sent an email to members and friends of the NGO coalition, COMPLETE, the following thought-provoking items. See if you already know these:
Did you know since the creation of the United Nations in 1945, no country has violated as many UN Security Council Resolutions as the state of Israel. In spite of this fact, Israel, a country slightly smaller than the state of New Jersey, receives nearly 1/3 of the entire annual US Foreign Aid budget?
Did you know Israel has a nuclear arsenal and refuses to allow international inspection of their facility and has refused to sign the nuclear non-proliferation treaty?
Did you know Countless Israelis have been arrested for spying on the United States even though they claim to be an ally? Spies have been caught at the highest levels of the US government.
Did you know that anyone of Jewish faith can move to Israel, but Palestinians born there and with home and land there are not allowed to return?
Did you know Palestinians are not allowed to move from one city to another without first getting a 'visa' from Israel?
Did you know that Israel allots 85% of the water resources for Jews and the remaining 15% is divided among all Palestinians in the territories? For example in Hebron, 85% of the water is given to about 400 Jewish settlers, while 15% must be divided among Hebron's 120,000 Palestinians?
Did you know that Israel routinely confiscates Palestinian bank accounts, businesses and land and refuses to pay compensation to those who suffer confiscation?
Did you know that Israel stands in defiance of over 80 United Nations Security Council Resolutions?
Did you know that it was not until 1988 that Israelis were barred from running 'Jews Only' job ads?
Did you know that former Prime Minister Ariel Sharon was held responsible for the massacre of more than 2750 Palestinians in the refugee camps of Sabra and Chatila? The UN qualified the massacre by Sharon as GENOCIDE.
Did you know that Israel's settlement-building on Palestinian land increased considerably since the signing of the Oslo agreement?
Did you know that Palestinian refugees make up the largest portion of the refugee population in the world?
Did you know that between 1967 and early 2002 Israel expropriated some 79% of the West Bank and Gaza Strip? Estimated figures published by Amnesty International in 1999 show the following: Year, (Land Confiscated in the West Bank) 1984 (42 per cent); 1991 (60 per cent); 1998 (74 per cent).
Did you know that the Ha'aertz Israeli paper estimated in 1998 (31 July) that a population of 5800 Jewish settlers in Hebron consumed 547 liters of water a day each? By contrast, a population of 119,230 Palestinians in the same area consumed or had access to no more than 58 litres per day each.
Did you know that Israel uses torture routinely in jails (only against non-Jews of course) despite the Israeli High Court outlawing it?
Did you Know Israel receives over $3 billion in grants from the US while the Palestine government has no money for the homeless, health care, education, etc.?
Posted by save palestine now at 1:24:00 AM No comments: 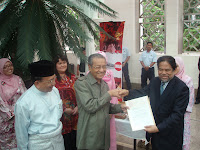 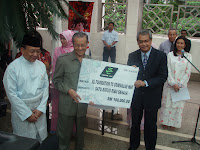 THE PALESTINE CONFLICT is an old one and can be confusing if one doesn't follow it over the years. But a lady blogger has kindly given everyone a 3-minute guide on the issue via her blog at this address - http://www.anaksihamid.blogspot.com/. She's done a good job and would bring anyone up to speed on the issue. In the meanwhile, efforts to help the Palestinian brothers and sisters continued with donations from generous Malaysians. These pictures show Tabung Haji and the Albukhary Foundation giving a total of RM3.6 million to Tun Dr Mahathir Mohamad as the chief of the KL-based campaigners against wars.
Posted by save palestine now at 11:48:00 PM 1 comment:

RALLY FOR PALESTINE AT US EMBASSY 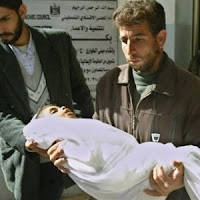 PEACEFUL DEMO IN SUPPORT OF PALESTINE! SOME of you may have received emails or text messages about a demo being planned for tomorrow after Friday prayers. It's being organised by a coalition of NGOs who bonded under the name of COMPLETE, which stands for Coalition of Malaysian NGOs Against the Persecution of Palestinians. A key member of COMPLETE, in her email said: "It is now over two weeks since the savage bombardment of the Gaza strip. Now reinforced with a full-fledged ground invasion, the Israeli forces continue their invasion of this already fragile and helpless land – one of the most densely populated areas on the planet, home to over a million people – despite international outrage and in defiance of all international humanitarian laws. Standing in solidarity against this barbarity, COMPLETE will be holding a peaceful demonstration and handing over of memorandum to the US Embassy on Friday (Jan 9) after Friday prayers. Anyone who wish to rally behind the Palestinian struggle are advised to gather at 2 pm outside Tabung Haji Complex in Jln Tun Razak before proceeding with the walk to the US embassy across the road. Attendees are advised to dress in black, white or red colours and any other Palestinian symbols (badges, scarves, t-shirts). Please bring along relevant placards/banners/posters. The time has come for us, as citizens of the world, as brothers and sisters in the human family, as conscientious individuals, to link hands across the divides of race, religion, and nationality, and to stand together against the tide of injustice and speak on behalf of the voiceless. It is our duty, our sacred responsibility, not only to humanity, but to ourselves. Say - ENOUGH IS ENOUGH!"
Posted by save palestine now at 9:53:00 PM 6 comments:

PALESTINIAN STRUGGLE IS OURS TOO! 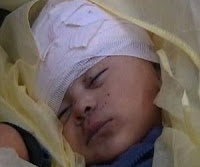 SALAM BROTHERS, SISTERS, FRIENDS! I see many people are keen on helping Palestine. I see many like-minded people initiating something or other. People care. You and I may have very little to offer, but offer we must. A doa maybe. A token RM1 is welcomed too. Maybe an idea that can be developed to help create and enhance awareness that the struggle of the Palestinian people is a struggle for peace, justice and their right to pursue a life of their own. Every little helps. They are grieving now. As we sleep soundly, our brothers and sisters are fighting for their lives, evading bullets and seeking shelter from the fires of death that comes unannounced. I'm dedicating this blog to anyone who wish to lend a hand to help each Palestinian survive the invasion that's going on right in front of the world's eyes. I welcome your views.
Posted by save palestine now at 1:52:00 AM 1 comment: